But who knows, he has a unique / ferocious version for the VW Beetle. This version name is VW Beetle GSR and limited produced.

First introduced the VW Beetle GSR model in 1973 and now 2013 Volkswagen want to reincarnation this model and the planing every 40 years, on 2053 later this model will be reborn again and of course for limited-edition.

2013 VW Beetle GSR show off at the Chicago Auto Show, the most powerful Bug in production now, on yellow and black color, this backed 15 inch rims with engine-powered 210 PS with 280 Nm of torque thanks to a turbocharged application, only takes 7.3 seconds to reach speeds of 100 km / h with topspeed in figure 228.5 km / h. Will be produced only 3,500 units.

With a combination of unique, performance, ferociouson and the limited production, 2013 VW Beetle GSR will be sought by car collectors. 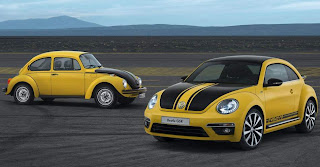 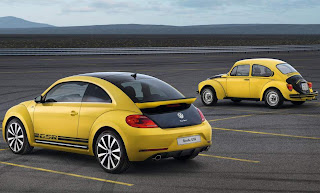 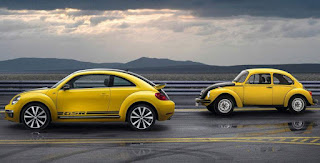 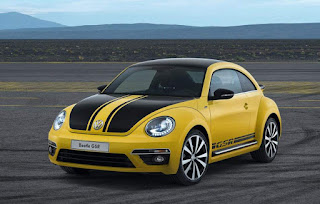