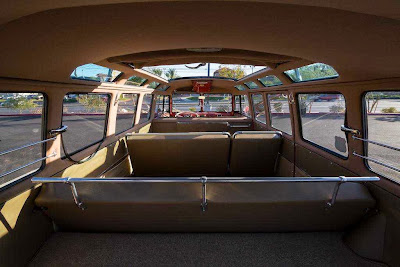 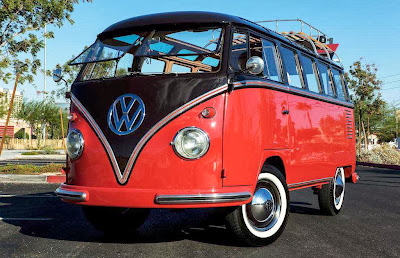 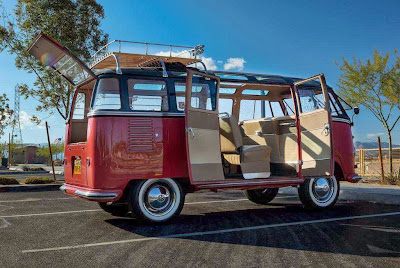 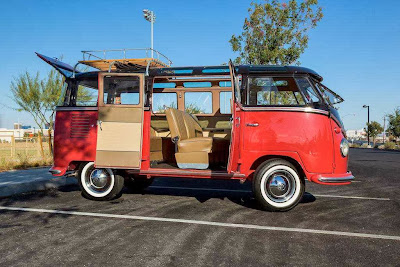 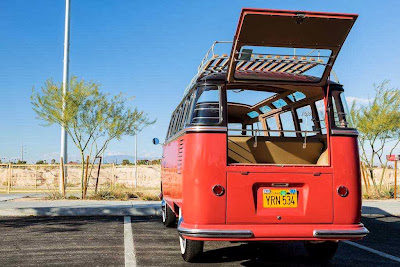 Created on the “back of a napkin”, or so one story goes, is how the Volkswagen Type 2 Transporter came to be. After the end of WWII, one of the first German industries to get up and running from the ruins was Volkswagen. Under the guidance of British engineers, the little Beetles, which had been developed in pre-war Germany as the “People’s Car”, started to populate a car-hungry region of the world. In the late 1940’s Dutch VW dealer/importer Ben Pon visited the factory and fell upon the idea of a Beetle based utility vehicle. He sketched out his ideas and presented them to the company officials. While it would take a few years for resources to be freed up to create a prototype, the final product reflected most of Pon’s original ideas.

Once in production the VW Transporter was pushed into dozens of jobs from postal work to deliveries, from simple transportation of goods to work in fire brigades as support vehicles, ambulances and often by police as “paddy” wagons useful when taking a large number of lawbreakers to jail. With the new tasks came a program of constant improvements. From 1951 to 1967, while the basic design remained the same, over 600 improvements had been made.

One of the most important duties of the VW Type 2 was that of hauling passengers, and hence the “micro-bus” was born. People like to see what is going on around them so VW designers answered that request with more windows, the ultimate number coming to 23, which is the very number of window panes this example presents. Picking up the nickname “Samba” this was the top-of-the-line. Originally designed for touring the Alps, these highly trimmed models feature belt-line bright molding, sky-view windows along the top of the car, and even corner windows for complete 360-degree viewing.

This Volkswagen Samba Bus 23 Window is an exquisite example of a fully restored model from 1958.  In 2010, the bus received an extensive nut-and-bolt restoration.  The original panels were retained as the body had been rust free and original.  The restoration was finished with the sole factory-available color combination for the 23-Window in 1958, Sealing Wax Red and Chocolate Brown.  The lustrous exterior is complemented by the immaculate two-tone brown interior.  The engine was upgraded to a custom 1,915cc engine which addresses the power issue that afflicts buses of the era.  Less than 200 miles have been driven since this restoration.  Additional features of this bus are the iconic Safari windows, a 1958-vintage Blaupunkt radio, and period-style cargo rack built to the original Westfalia plans.  One of the most sought after vehicles of its time, and one of the most collectible Volkswagens produced, this Samba Bus 23 Window is ready for touring the finest countryside.