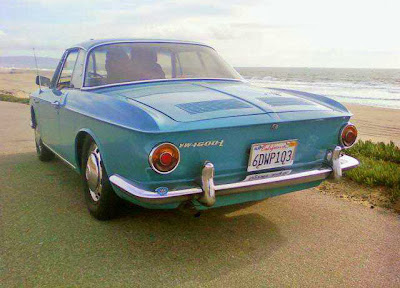 SUPPLY & DEMAND: If you’ve been searching for a T34 then you know there are few T34s to choose from and even fewer that are complete drivers. These T34s are rusty & incomplete, requiring a full restoration for $7-10K asking prices. A T34 restoration can easily cost $15-25K. But if you want a restored original that requires no work then the list of available T34s is extremely short. This 1968 is exactly that kind of T34. And it will not last long since the demand is much greater than the supply.

HISTORY: Original owners Ethel & Frank Klein from Temecula California USA, a US Army Colonel, was stationed in Frankfurt Germany when he bought the T34 for his wife. They brought it back to the USA in 1977 as they were stationed in Southern California for many years before retiring to Sierra Vista Arizona in 2004. They sold the T34 to second owner (Jules Dielen) in September 2007. Jules owned it a year then sold it to current owner from Southern California in August 2008. Body & paint were restored by vintage VW body master Jimmy Braxmeyer in late-2008. Driven on weekends for the past five years.

SEALS: Front & rear windshield seals were replaced in 2008 when the body/paint work was done.

MECHANICAL: Original 1600cc dual-carb engine starts quickly, idles smoothly, has strong power, and easily cruises at top-speed. Brakes are strong & straight, having recently been serviced. Manual transmission is tight & without issues. Electrical items are all functional with no issues. It’s a reliable driver.

VALUES: Located in San Diego, California this 1968 Coupe is listed at a reasonable price for the top end of this market, as European T34s in similar condition are selling in the 20-30K Euro (US$33-40K) range. It’s rated as “Excellent” because it’s a low-mileage fully-documented original with fresh body & paint work and 100% complete. The only features that could make it worth more would be an Electric Sunroof and/or Automatic transmission. T34 World Consignments is the expert in evaluations & you can be confident of an increasing value for this type of T34 over the years. This $25K T34 could easily become worth $40K in the near future.