Volkswagen’s bring new concept for Beetle on the 2014 Detroit motor show, the new Beetle Dune… yeah this bug will interpreted for a tough challenge or sports a tougher with hardcore design, preview on the sketches this is crossover-like appearance with details such as the flared wheel arches fitted with black moldings, modified bumpers and side sills featuring protective plates and chunky wheels over a new set of rims.

Let’s look to turn back, in 2000 reminds us of the previous Beetle Dune, see photos below. Look like just a makeover for more fighter soul, includes the use of bright yellow accents and the replacement of the glove box in the passenger side with a handle. 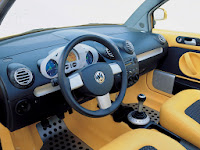 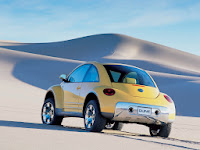 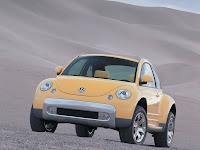 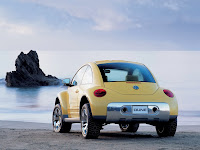 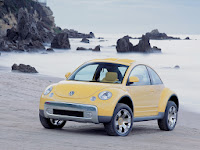 The plans the new bug dune will have power is sourced from VW’s familiar 210PS (207hp) 2.0-liter four-cylinder turbocharged gasoline engine paired to a six-speed DSG dual clutch transmission. While VW claims that the Dune is only a study for now, German magazine AMS says we could see a production model on the road as early as 2015.