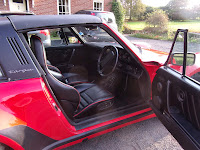 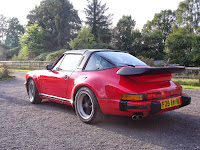 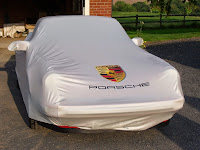 Detail by owner
This is a very rare and special porsche 911 turbo targa, we believe that porsche only ever made 25 turbo targas and as far as we are aware this is the only one left in the uk. There was a swiss company who could provide an after market conversion but this is one of the original porsche models. We have tried to find out how many remain in the world but with no success, we would be very interested to know.

My father has driven porsche 911 targas for the last 40 odd years and spent many years searching for this car which he has had for 17 years now.

If you are a 911 enthusiast you will know that recently air cooled 911 prices have been rocketing and i think this has what has spurred father on to parting with his.

As mentioned this is a very rare car and we believe it will appeal to a real enthusiast or collector, it would be lovely to think it might end up in a museum.

My father has always looked after the car but it has been used winter and summer which reflects in the general condition. As you can see there are some stone chips on the front bumper.

if you are seriously interested we recommend you have a thorough investigation.

This my father’s pride and joy which i am helping him to sell, if you are interested please email me in the first instance and then i can put you in touch with my father.