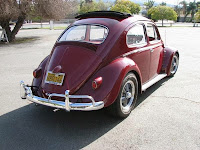 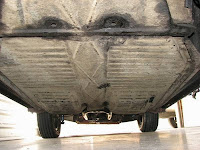 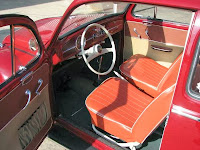 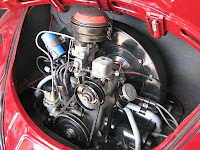 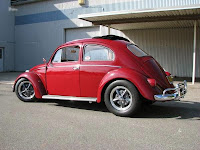 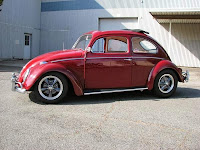 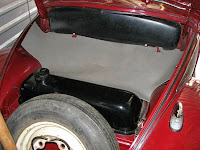 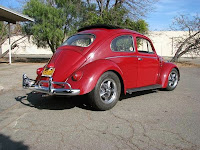 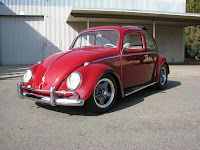 Detail by owner
It has come time to sell the one bug that I never thought I would. With other projects taking priority and an out of state move, it’s time to let this one go.

Documented matching numbers (body, pan, beam, transaxle and engine) original sunroof car from the VW Museum. Floor pans are original and in excellent shape with all mat buttons. Zero rot under battery. The restoration was started in 1982 and parked in a garage in 1983 after returning from the paint shop being sprayed L555 Titian Red. I located it in 2005 and completed the restoration.

During the restoration only parts from Wolfsburg West, BFY and Vintage Parts were used. Interior has been redone with TMI seat upholstery (later had planned to install WCC panels and seat covers). Wolfsburg West German square weave carpet in correct dark grey in passenger compartment and light grey behind rear seat, with correct grey floor mats. Door and quarter panels are original to the car from the factory. Also mounted on the doors prior to restoration are early Empi door pulls. These have also been rechromed. Headliner is tan Mohair and sunroof is black canvas. Front seat frames, rear seat base bar, steering column, e-brake handle, and stock shifter has been powdercoated an almond color as close to original as I could get.

All bumpers, running boards, window seals and body seals are Wolfsburg West. All chrome on the car (minus WW bumpers and Albert hinge mounted mirror, it came later) were triple chromed in ’08. Bumper brackets and override tube were powdercoated in gloss black. Under the immaculate 4 tab hood you will find and original pressboard wire cover and a Wolfsburg West trunk liner.

Underside of the car still sports most of it’s original undercoating, except what has fallen off over the years. Rear suspension remains completely stock with the exception of steel braided brake lines. Font suspension has been replaced with a CB Performance 2″ beam. Original beam (which is included), arms, spindles, and sway bar (included as well) have all been powdercoated gloss black. Wheels are brand new EMPI 5 Ribs with 145’s up front and Michelin 205/70’s in the rear. Tires are not brand new, they are from when the car was completed in ’05. Original smoothies were powdercoated off-white and detailed in red are also included.

Engine is the original 36hp from the factory, and still features it’s original paint finish. Before I purchased the car the owner said he had the engine gone through and upgraded it with Porsche parts. I cannot confirm this as I have never opened it up. But it will reach speeds of 75+ on a flat freeway!

Paint has a few nicks and chips due to years of indoor storage. Both front and rear apron are original to the car. The only welding I could find on the car are small section under the running boards and in one front wheel well. The local shop that installed the headliner did not do the up most job. Around the sunroof it has started to come unstayed, but is still very presentable. Car has been shown and driven all over Southern California. Nothing on this car has been permanently modified, and comes with all the stock parts that are not on the car. It is still 6v. Everything works except I have not hooked up the horn or dome light. Car has been stored indoors since 1983.

Willing to discount if the 2″ beam and empi wheels are replaced with stock beam and smoothies. Shifter in the picture is not included, stock shifter will be installed at time of sale. All billet knobs, window winders and escutcheon have been replaced with ivory.