Price $1000 USD
Buy Classic Volks – Here’s a classic Volkswagen Scirocco for Sale in Sumas, Washington. It’s a first generation of the Scirocco commonly known as MK1 Scirocco built in 1981 red color. The Sirocco is an Volkswagen flagship sport car come in 2-door hatchback perform, one level above Rabbit GTi in its era, before being replaced by the Corrado. It has leak and smoke issue but it runs and drives. Needs handling seriously on the machine works if you want resolves its issue, but anyway it’s looks potential to restore. 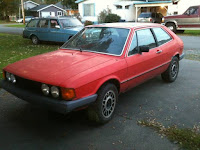 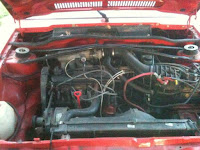 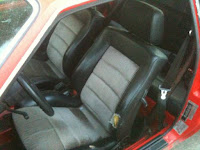 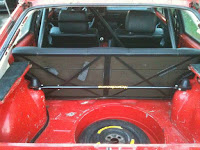 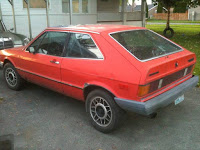 Detail by owner
Brick red 1981 VW Scirocco. The Rabbit was good but the Scirocco was better. This is a car with racing heritage for sure. Runs and drives but not for much longer. Motor is a leaker and a smoker. Very tired. Comes with low miles 2.0 aba block and everything to rebuild it including new oil pump and pan. 1986 1.8 head and block off plate needed for putting the 2 together to make a frankinstien. Also comes with your choice of 4 speed or 5 speed trans to replace the tired one that’s in it. Eurosport rear upper stress bar. Eurosport front lower stress bar. Upper front stress bar. Car has a bolt in half cage, snowflake wheels and rare rear license plate filler panel. For full price I will also include rear disk brake set up. For $1800 ill include zender side skirts, front air dam and rear spoiler. I have a 30 year collection of scirocco parts and rare aftermarket and factory options. All will be sold separately but could be included for the right price. Car is a little rough but not bad. Sunroof panel is missing. Easy enough to find. Super fun little car. Handles like a go cart.