Price $39,000 USD
Buy Classic Volks – this a rare classic sport car made by Porsche built in 1994, as shown here is 1994 Porsche 968 Turbo being offered for sale in Salmon Creek, Washington, the owner claims less than 50 cars were made and this one of them still in good condition overall. it’s could be a remarkable example of the rare Porsche 968 series comes in with with black interior all original, very fast has been rebuilt engine by Porsche expert, ready for real Porsche enthusiast. 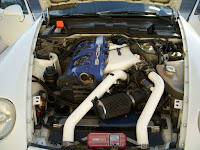 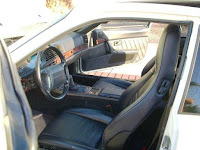 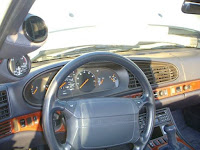 Detail this Porsche By Owner
Replica of the Porsche factory car that raced in LeMans, except with more power.

The difference is that that car used the 8 valve head from the 944, while this one has keep the 16v head with it’s fully functioning vanos system and a Motronic . The result is a 3.0 litre four cyclinder that puts out 550hp on race gas. Right now I am running it at .8 bar, which results in 425 at the crank and 360 to the rear wheels.

The car is designed to operate as a standard 968 Porsche up to 3100rpm, which means cruising on the freeway at 3000rpm nets 28mpg, above that the vanos resets and the K29 turbo engages…..and then whooaaa hang on!!!

Car currently has 95K on the body and 15K on the engine build. The engine was built by David Raines, from Powerhaus Porsche in Phoenix, AZ. For the price of $28K, I can provide the dyno sheets as evidence to it’s ability.

Koni club sport suspension and the larger 928 brakes and calipers.

She is an absolute blast to drive and is the ultimate “sleeper”. Nothing externally gives away the hidden potential of this car, except the 6″ stainless exhaust out the back.

There are less than 50 of these in the world and the price fairly reflects that.