Price $ 22,000 USD
Buy Classic Volks – this a nice classic Volkswagen type 3 for Sale in Fontana, California. This more unique model than Beetle or Bus it a quite rare today and still in excellent condition, as shown here is VW Notchback S built in 1965 has been totally restored was done in 2011 and then parked on garage since 2013. It has a lot of customization and upgrade of parts was installed into it, and needs few new parts to be perfect if you’re interested please read more detail below. 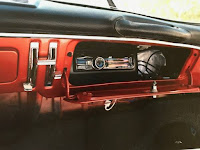 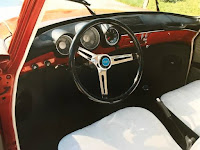 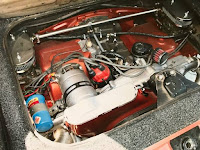 Detail by owner
I am selling my custom 1965 Type 3 Notchback S. It was completed in 2011 and has been garage parked since 2013. It has a bunch of customization including a 1994 CC engine with dual Weber carbs. The front end has been switched to a 1968 so factory disc brakes can be used. New master cylinder to go along with the disc brakes. The rear and trans is from the same 1968 and was rebuilt. It needs a new sunroof seal and I do not have the keys to the doors, only the ignition. Shaved license plate light and mount and moved to bumper. Added third brake light. Dual color side markers and flat tail light lenses. Great interior and carpet. Less than 500 miles since 2011. It was officially appraised in 2011 for $27,500 and I am letting it go for $22,000. 2011 appraisal in possession.